Dr. Wale Adeboje said the event planners never acquired a permit from the Lagos Safety Commission and will be penalized.

“It’s really unfortunate, ideally, this guys are suppose to get clearance from the Lagos State Safety Commission for their event because this is what we have been trying to do. Although a lot of event organizers are beginning to comply”

“But for some reasons, I don’t know why Nativeland event organizers never complied, if only they had contacted the Lagos Sate Safety Commission, we would have guided them on what needs to be put in place as regards the capacity, occupancy limit, the stage, safety of venue amongst others. All that was ignored and definitely the event organizers will be sanctioned”

HSENations understands that the incident happened after Fireboy’s performance. A pandemonium–police reportedly firing live bullets, concert goers were tasered, a stampede ensued and many young people emerged from a torn-down park bruised, limping and completely gassed out.

Nativeland has since apologised for the incident. 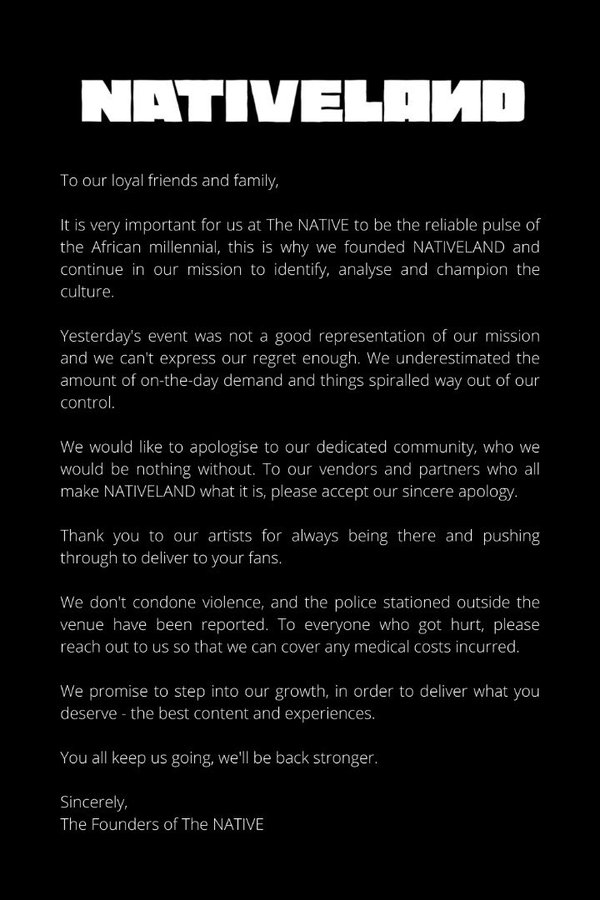