It was such a hectic day after the close of work and I joined my colleague in his car as he was going my direction. Approaching Cele off Apapa-oshodi expressway, the traffic was at a standstill, which left my colleague lamenting and contemplating taking an alternative route when two guys, out of nowhere, approached our car. 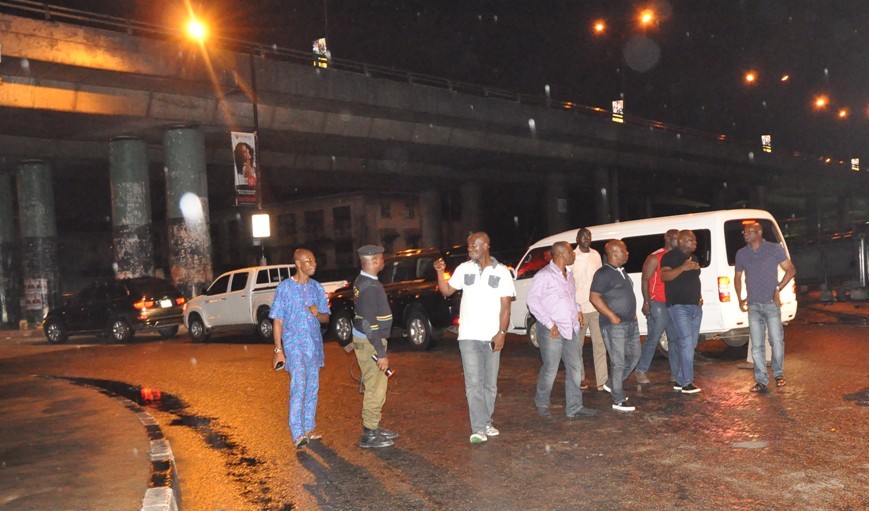 One at the driver’s side and the other at the passenger’s side. They tapped the window and my colleague had to wind down.
Unknowingly to us, they were up to something. Just like a scene in a Hollywood movie, the guy by the driver side pointed a gun at my colleague and while the other had a knife pointed at me.  Next, I heard in a baritone voice: “give me your bag if you no want make I design your fine face with this knife.”

I was in shock when his voice sent me another stern warning and this jolted me back to life.  What I heard next was “Oya come down.”
The vehicle was ransacked while documents were scattered everywhere in anger. Still not pleased with what they got from us, they used the knife to tear the seats of the car and slapped my colleague so hard that for an hour he couldn’t see clearly and till date, his sight is blurred, and in splits of seconds they were gone.
This story is one of many of such incidents that commuters experience while traveling or trapped in Lagos traffic.
In Lagos today, there is a rising spate of insecurity on Lagos roads perpetrated day and night by so-called traffic robbers, who seize traffic opportunities to rob innocent commuters and motorists of their belongings.
This pathetic development has attracted public outcry as many Lagos residents, especially those living in Lagos suburbs and other affected communities have called on security agencies and the state government to come to their rescue.
For example, the mile 2 axis of the Apapa-Oshodi Expressway has for years been a major operating spot for traffic robbers. In many instances, the robbers approach motorists ordering them to wind down, and give them money or risk forceful attacks, particularly for those who try to struggle with them.
However, others have had their glasses shattered by these traffic miscreants even as some have been attacked at gunpoint or with other harmful weapons at one time or the other.
People who share their experiences either live with the scars from the injury sustained from the ugly incidents or they are lucky they were dispossessed of their personal effects.
One major factor that make for their successful operation in traffic is lack of good roads. Many opined  that government is insensitive to the plight of citizens in ensuring we  have good roads while our security agencies are falling short of our expectations.
HSENations is hereby calling on the government to rise up to her responsibilities in this regard so the masses can sleep with their two eyes closed.
Here is a list of 10 prone traffic robbery areas in Lagos
1. mile 2 axis of  the Apapa oshodi express.
2. ,Iyana Isolo & cele axis.
3. Iponri Alaka-Eko bridge.
4,Ijora-Apapa Wharf.
5,Oshodi Oke/Isale.
6,Oluti Alakija.
7. Idumota Eko bridge
8. Maryland Gbagada
9. Oke-afa isolo
10. Ikeja along.
As traffic robbery is becoming rampant by the day here, are some few steps to take to stay safe:
1. Don’t go about with bulk cash.
2. Go out with one ATM card as the robbers are smarter now they take their victims to the nearest ATM and withdraw all you have there.
3. Avoid displaying your smartphones as this attracts them too.
If you must answer calls get,  a handsfree while all chats can wait till you arrive a safe destination.
You never can be too careful.