After 13 days of treatment, Ekiti’s COVID-19 index case was on Tuesday discharged after being certified free of the virus. 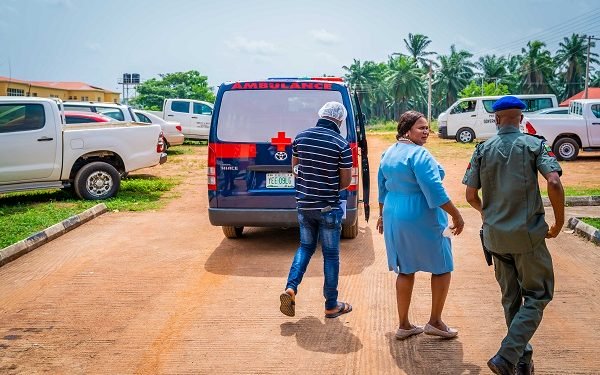 With his discharge, Ekiti is no longer on the list of states with coronavirus patients.

The case was the driver of the vehicle which brought a young American from Ibadan to Ado-Ekiti. The American has since died before his status could be established. The driver tested positive to the virus, the caregiver tested negative. The case was taken into islation centre for treatment on March 18.

She explained that other “tests carried out show that his organs are functioning well. So, we are happy to discharge him.

“We shall still keep monitoring him from his base and we also appeal to members of the public to call the emergency numbers to report any suspected case, so we can take action in a timely manner. It was the timely intervention that saved our index case.

She added that the state was monitoring the 41 contacts that had been put in self-isolation, adding that they would remain there for the prescribed 14 days.

The Commissioner, the Permanent Secretary, Dr Folake Olomojobi, and members of the State Task Force on COVID-19 had a chat with the case and his sister before his discharge.

The discharged patient who wore a stripped blue shirt on a pair of jeans trousers, was in a relaxed mood, and was chatting with his sister and some health officials while his discharge documents were being prepared.

He and his sister were driven in a blue ambulance back to his Ibadan, Oyo State base.

The 38-year-old urged Nigerians to take the war against the dreaded coronavirus more seriously.

He said: “I appreciate the state government, the medical team and Ekiti people for their care and for standing by me during my trying moment.

“I want our people to know that Coronavirus is real. We should join hands with government and observe all recommended hygienic procedures to curtail the spread of the disease”.