The Ministry of Physical Planning and Urban Development headed by Dr. Idris Salako on Wednesday sealed at least 20 buildings in various stages of completion in Isheri-North GRA for not being able to produce on-demand Planning Permits authorizing construction of the buildings. 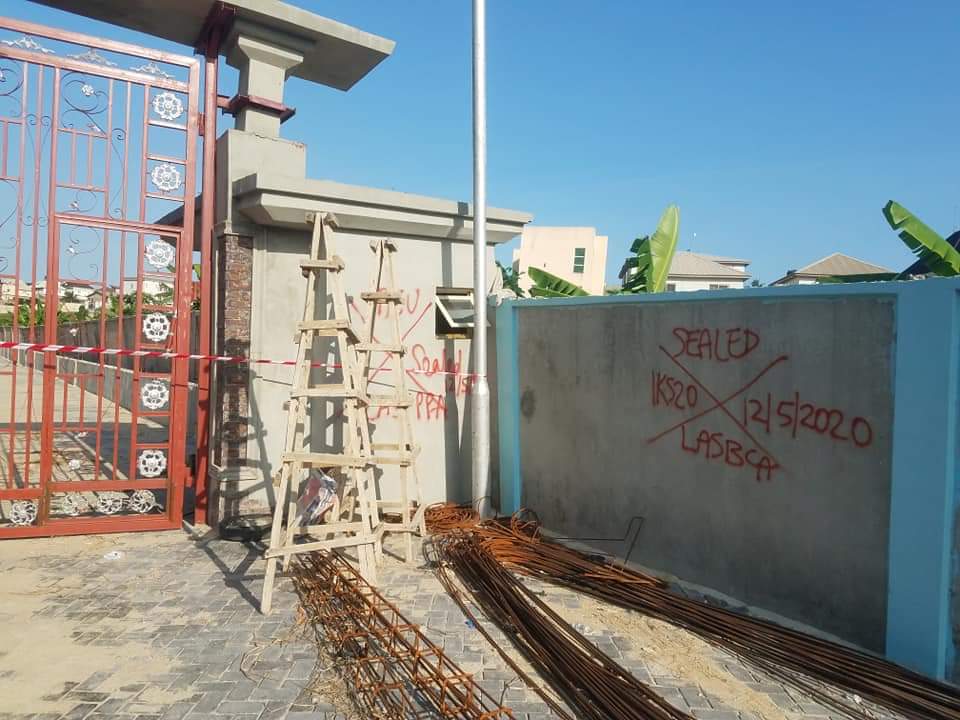 Dr. Idris Salako said during a routine compliance monitoring of the area that the State Government had warned repeatedly that it would not condone illegal building constructions as they are inimical to the orderly and sustainable development of the State.

” I wish to emphasize again that owners and developers should take the well-deserved pain to apply and obtain Planning Permits before construction, make recourse to the Lagos State Building Control Agency(LASBCA) for stage certification and certify the building safe, complete and habitable^ he said.

He enjoined Lagosians and professionals in the built environment not to view the requirement for Planning Permit from revenue angle alone but to see the merit of safety, orderliness and organised setting which compliance to the Planning Laws of the State engenders, in addition to preventing the menace of building collapse.

Salako reiterated that it was imperative for all property owners or developers to make available on-demand their Planning Permits as operatives of the Ministry would consistently monitor all building construction sites in the State and request to sight the enabling Permit duly issued by the State Government through the Lagos State Physical Planning Permit Authority(LASPPPA).

The Special Adviser to the Governor on Urban Development, Hon. Ganiyu Adele Ayuba, who was with him on the monitoring exercise, stated that Lagos State Government had taken all necessary steps to further ease the process and timeline for approvals, adding that the 28days earlier promised for obtaining Planning Permits remained sacrosanct.
He added that the Administration of Mr. Babajide Sanwo-Olu had upgraded and stabilized the electronic planning permit platform for people to process their approval, saying that members of the public should henceforth access this platform to ease the process.