The Federal Government has announced that secondary schools will be re-opened on the 4th of August, immediately after the Sallah break, to enable students to participate in the forthcoming WAEC examination slated to commence on August 17, 2020. 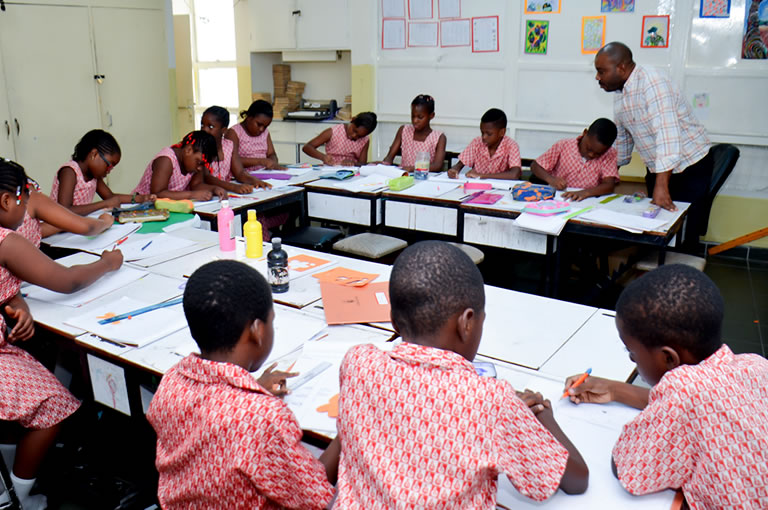 Making this disclosure in a press statement signed by the ministry’s director of press and Public relations Bem Goong, the Ministry disclosed that the decision to re-open the secondary schools for exit students was reached after a virtual meeting between the Federal Ministry of Education, Commissioner of Education for the 36 states, Nigeria Union of Teachers, the Proprietors of Private schools and Chief Executives of Examination Bodies.

According to the release, the secondary schools will be opened for exit classes only.

The ministry further explained that the Federal Government’s move to reopen the secondary schools was to enable exit class students to prepare for the forthcoming West African Certificate Examination.

“Secondary schools are to reopen as from the 4th of August 2020 for exit classes only.

“Students will two weeks with which to prepare for the West African Examinations (WAEC) due to start on the 17th of August 2020,” the release read. 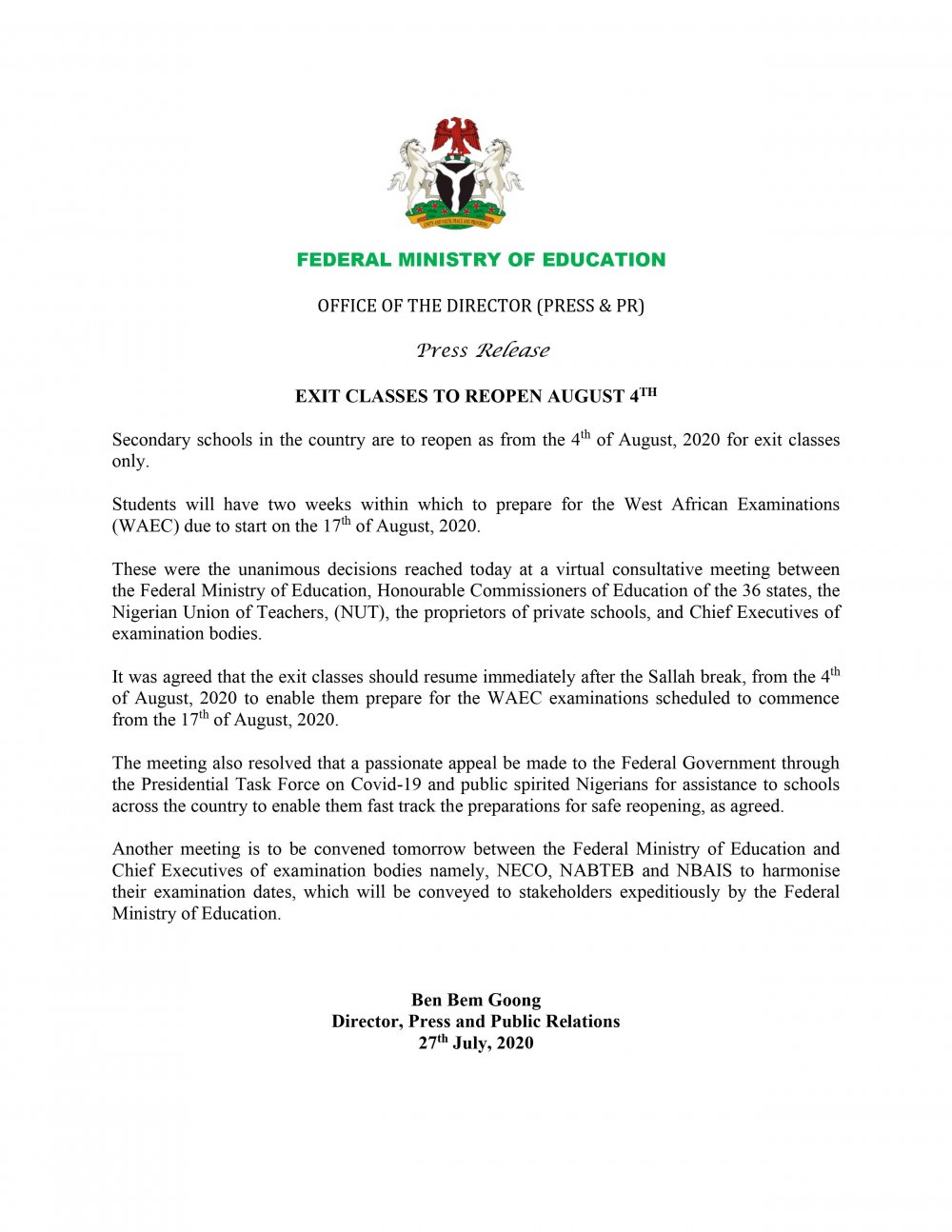