Earlier in the month, July 2020, seven contractors working on oil block partly owned by Seplat Petroleum Development Company Plc, died. The contractors were reportedly working on OML40, which is one of Seplat’s oil blocks before their demise. 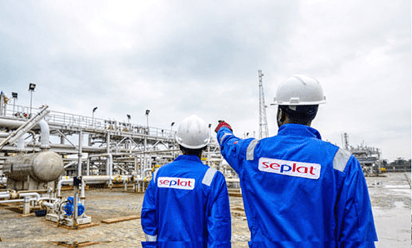 The Chief Executive Officer of Seplat, Austin Avuru, has now reacted to their deaths.

Speaking newsmen, Avuru stated said “I was heartbroken to learn of the deaths of seven contractors in July at the operations on OML40.

“Health and safety is a top priority for the Seplat Group; we will learn whatever we can from the ongoing investigation into the matter and will take whatever steps are necessary to ensure such a tragedy is never repeated.”

In the same vein, the Group General Manager of the Group Public Affairs Division at NNPC, Dr Kennie Obateru, stated that a “detailed investigation of the cause of the explosion has commenced, while the Department of Petroleum Resources has been duly notified and Form 41 was being prepared for the industry regulator as required in circumstances of this nature.”

The oil agency also noted that “The bodies of casualties have been deposited in a morgue in Sapele, while families of the personnel involved are being contacted by their employers: Weld Affairs and Flow Impact, which are consultants to NPDC.”