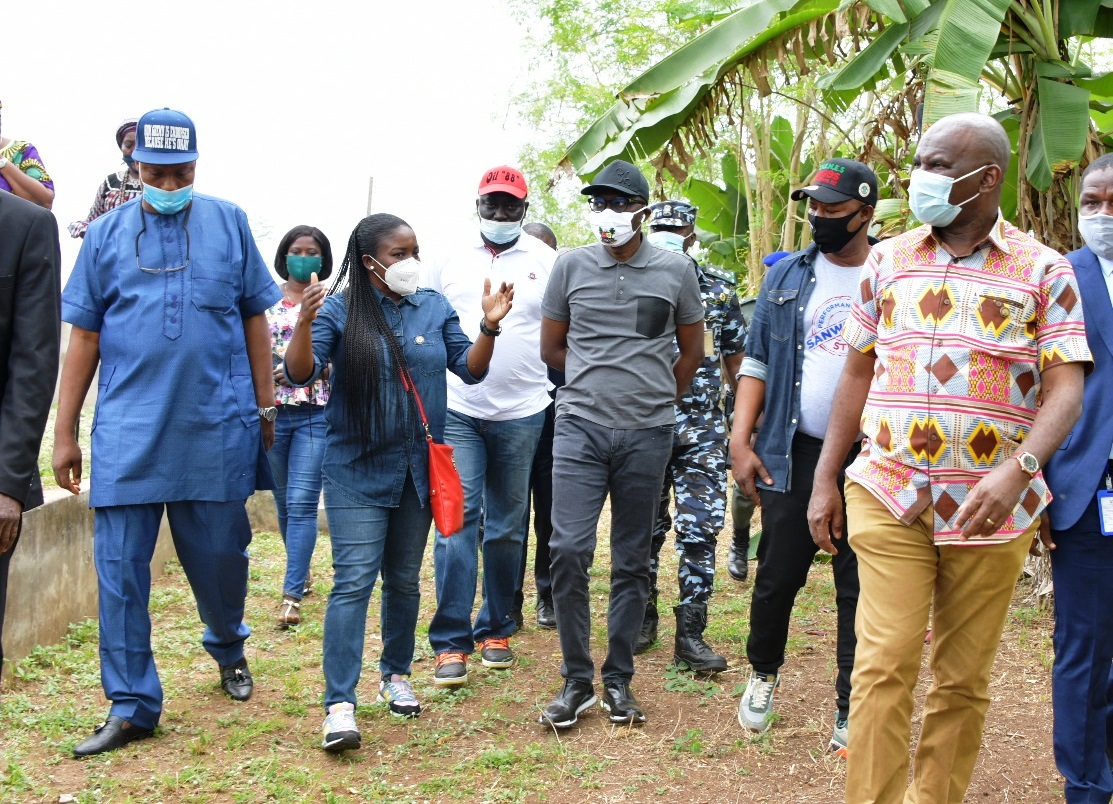 Governor Babajide Sanwo-Olu has beamed a special focus on Badagry, one of the five traditional divisions of the State whose mainstay is agriculture and fishing.

The Governor’s pilot agriculture scheme – Lagos Food Production Park – is to take off in Badagry, prompting Sanwo-Olu’s six-hour visit to the town on Friday.

The Governor took a tour of a 279-hectare Avia-Igborosun Organic Farm, which was acquired by the State Government in 2012 for a commercial agricultural project. He said the Government was ready to revive the abandoned farmland for the take-off of the State’s Food Production Park project.

The Governor disclosed that the State would be engaging private sector to secure an investment into the project, which, when completed, he said, would create thousands of direct jobs and improve the wellbeing of the residents.

Sanwo-Olu said: “I have been fully briefed about this project but I considered it necessary to personally embark on this journey to Badagry in order to take assessment and see what exactly we need to do in terms of intervention. After taking a tour of the project site, what I observed is that the entire project looks more as a job that has not been completed. Therefore, we need to improve on the interventions to the Ministry of Agriculture.

“With very minimal resources, we have seen what the Ministry has done to keep the project afloat. The government will raise the resources and turn around this project to the level it should be. We will need to deploy more resources to revive and scale up all the machinery and systems put already in place. We will complete the project and open it for commercial production.”

The Governor said the revival of the Badagry Organic Farm and creation of more food production parks across the State were part of the strategy designed by his Government to increase food security level from 20 per cent to 50 per cent, thereby raising Lagos’ food sufficiency.

He added that the project would give rise to similar agro-allied businesses that would open up Badagry’s economy for more growth, while also boosting its tourism business.

He said: “Lagos is a big State in terms of population, but we also can intervene in our food production value chain. What we are also trying to do with the revival of the project is that, we want to produce various agricultural products we can consume internally in order to reduce our dependence on external food sources. The Food Production Park, which we are creating across the State, will be a trigger to other value-added agricultural production our citizens can provide.”

As part of the move to turn around the Organic Farm, Sanwo-Olu promised a total rehabilitation of Igborosun Road that leads to the farm.

Some of the agricultural projects to be developed for commercial production in the Organic Farm include fishing, poultry, piggery and agro-forestry, among others.