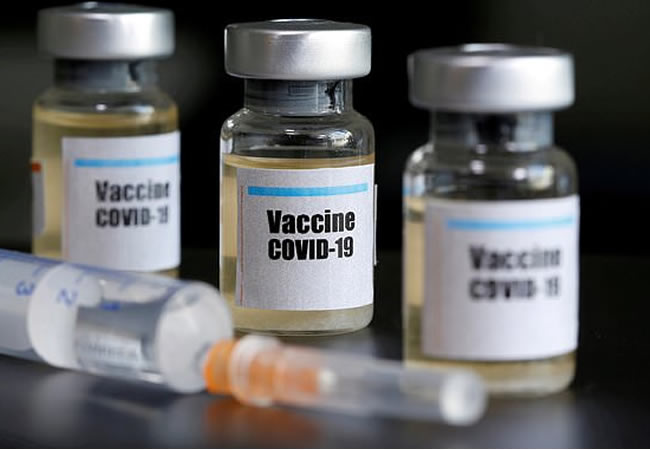 Covid-19 vaccines makers have pledged to avoid shortcuts on science as they face pressure to rush a shot to market.

In an unusual public letter, the companies agreed to submit the vaccines for clearance only when they’re shown to be safe and effective in large clinical studies. The chief executive officers of nine frontrunners in the push for a coronavirus inoculation signed the pledge: AstraZeneca Plc, BioNTech SE, GlaxoSmithKline Plc, Johnson & Johnson, Merck & Co., Moderna Inc., Novavax Inc., Pfizer Inc. and Sanofi.

“In the interest of public health, we pledge to always make the safety and well-being of vaccinated individuals our top priority,” the executives wrote.

The document is intended to counter perceptions that political pressure to deliver a shot as soon as possible may compromise its safety. U.S. President Donald Trump has said a vaccine could be ready before the presidential election in November, and has accused the Food and Drug Aministration of slowing its work to hurt him politically.

Public trust in a vaccine will be crucial as public health authorities try to convince millions of healthy people around the world to take it. The pledge also included a promise that companies would work to ensure there are vaccine options “suitable for global access.”

“We believe this pledge will help ensure public confidence in the rigorous scientific and regulatory process by which Covid-19 vaccines are evaluated and may ultimately be approved,” the CEOs said in the letter.

Drugmakers have condensed the development timeline for their vaccines — normally a matter of years — down to months, with early results from some of the frontrunners expected before the end of the year. Pfizer has said it could have crucial test readings by October.

The companies said they would meet FDA expectations for studies with participants across diverse populations. Moderna recently slowed the enrollment of its trial, resulting in a delay of about a week, in order to recruit more people from minority communities at high risk from the virus, CNBC has reported.

Any data that form the basis of an emergency-use authorization for a vaccine should be made public, Merck CEO Ken Frazier said last week. “The scientific community can actually pore through that data and assure the public that it has been looked at objectively,” Frazier said at a meeting of pharma manufacturers.

The pledge did not include China’s Sinovac Biotech Ltd. or CanSino Biologics Inc. Russia and China have already started using experimental vaccines on a limited basis before tests in humans were complete.