Lagos State Governor, Mr Babajide Sanwo-Olu has approved the release of funds from the equity of Lagos State Health Scheme (LSHS) to provide free healthcare for 50,000 orphans, elderly and the vulnerable in the state.

The wife of the Governor, Dr Ibijoke Sanwo-Olu, who disclosed this on Thursday at the celebration of Year 2020 Universal Healthcare Coverage (UHC) Day organized by the Lagos State Health Management Agency (LASHMA), said the development was in furtherance of the commitment of the state government to expand access to healthcare delivery, especially for the less-privileged. 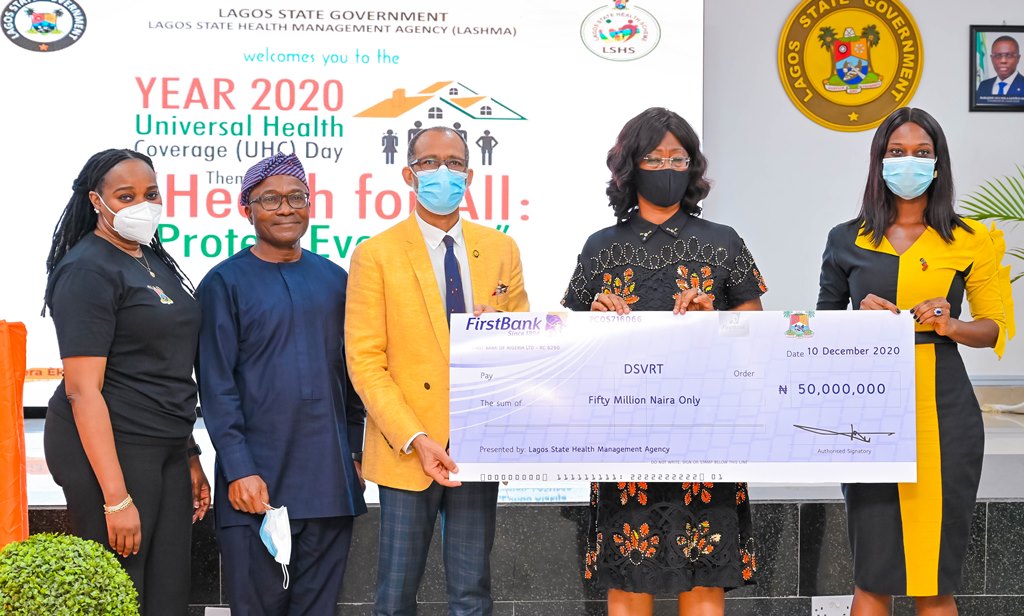 Speaking at the programme held at Lagos House, Alausa, Ikeja, the First Lady who was represented by a former Permanent Secretary in the state, Dr Bola Balogun, said the decision became imperative in view of the fact that the government recognizes that not everyone can afford the premium of the LSHS.

“It is gratifying to note that Mr Governor appreciates the fact that not everyone can afford the premium, and has approved the release of funds from the Equity to provide Free Healthcare within the Lagos State Health Scheme for 50,000 Orphans, Elderly and Vulnerable,” Sanwo-Olu said.

She said the UHC Day is celebrated annually as the rallying point for the growing global movement for Health for All, and that it was being observed in Lagos State in line with the agenda of the state government to ensure access to quality healthcare services for all residents, irrespective of their age or social status.

On the theme of this year’s celebration – “Health For All: Protect Everyone,” the First Lady said it was apt and timely, coming at a time the world was still grappling with sordid realities of the Novel Coronavirus Pandemic, and the need to ensure that deliberate policies were put in place to safeguard the health of all.

Besides, Sanwo-Olu said it was also gratifying to note that in line with the global movement against Sexual and Gender-Based Violence, the State Government was also coming up with provision of a Sexual Violence Intervention Fund to provide immediate intervention for survivors of sexual violence.

She said with a higher incidence amongst the less privileged, the physical trauma is further complicated by the difficulty of paying for healthcare service, and in line with the Lagos State Domestic and Sexual Violence Response Team (DSVRT) recommendations, some healthcare services would be rendered as part of post-assault care. 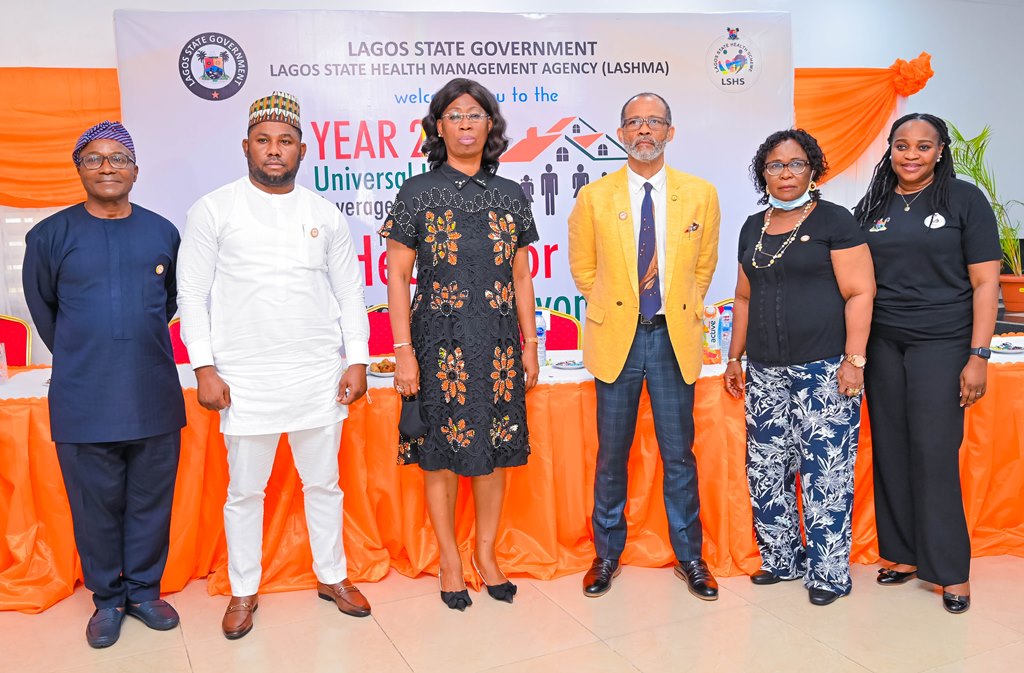 “For survivors not enrolled in the LSHS, the fund will provide payment for the initial immediate medical intervention for the physical trauma including medical consultation, testing and treatment of Sexually Transmitted Infections, Pregnancy Test, Emergency Contraception, HIV Testing and Post Exposure Prophylaxis. The survivor will also be enrolled into the LSHS (as family or individual plan) to provide additional support for sequelae that may occur like pregnancy for a period of 12 months.”

On his part, Commissioner for Health, Professor Akin Abayomi said in view of the need to expand access, the government was finalizing the crowd funding initiative supported by all LASHMA partners, and that it would be launched early next year.

He said virtual clinics would also be established as standalone units, while Telemedicine Units would also be set up within the Lagos Health Scheme empanelled Primary Healthcare Centres in collaboration with interested startups and NGOs.

Also, LASHMA Chairman, Dr Ade Alakija said Covid-19 had underscored the need for universal health coverage, saying the pandemic had clearly shown that a threat to one would eventually prove to be a threat to all, and that “it would be gravely unwise to continue to think of quality healthcare as a tradable commodity; on the contrary, quality healthcare must be made available to all – now.”