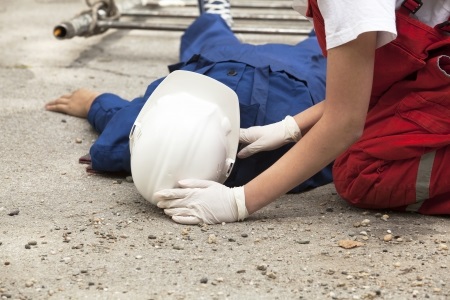 A dive, into the existing regulatory framework accommodating this vitiation of care (as set out in [Donoghue v Stevenson [1932] UKHL 100]), reveals a dependence on pieces of legislation out of sync with the realities of the Nigerian workplace. Sections of the Factories Act Cap F1, LFN 2004, deal with the obligations of employers as regards the safety of the workplace, as well as penalties to be leveraged against the incompliant. Unfortunately, this act was originally passed, to address the conditions in factories and industries, and is ill-suited to environments where heavy machinery is not the norm.

Victims seeking recourse to this legislation will have to do so by inference; equating duties imperative to one, with responsibility incumbent on all. A perusal of it finds the penalties woefully inadequate, unrealistic where the fiscal benefit to victims are concerned and lacking in provisions for other categories of employees. How else does one countenance allotting N5000 for the medicare of a victim or the alleviation of burden, in the event of his demise?

Thankfully the more contemporary Workmen’s Compensation Act Cap W6, LFN 2004, vastly improves the Factories Act’s somewhat linear understanding of an “employee”. Although it goes to great length to set a regime of compensation for workmen, it’s somewhat unrealistic as to compensation; ultimately proffering a workable restitutionary framework but accomplishing little else. Its methods, of calculating compensation, are inconsistent with the economics of modern medicine; especially for the income bracket it most serves. Also, enforcement in the wake of incompliance is likely to be sluggish when one takes into consideration the tedious nature of court processes today.

This has not gone unnoticed by government, as evidenced by the senate’s attempts to enact a more modern law. The bill termed Labor, Safety, Health and Welfare (LSHW) 2012, seeks to establish the National Council for Occupational Safety and Health tasking it with enforcing and implementing OSH workplace measures; promoting the protection of lives and properties; encouraging OSH awareness; facilitating inspection of the workplaces; monitoring the compliance with OSH measures under the law e.t.c

The LSHW Bill is the most exhaustive OSH legislation to date, deficient only in presidential approval, to give the force of law.

In the interim, the Employees Compensation Act Cap E7A, LFN 2011 [ECA] makes up for the deficit by allowing victims of workplace accidents broad access to compensation – but only that. Its strength is also its weakness, as the act is absolutely silent on OSH measures one should expect from employers. The utility of the act, comes after the fact creating, “an open and fair system of guaranteed and adequate compensation for all employees or their dependants in the case of any death, injury, disease or disability, arising out of the course of employment”

To make matters worse – in yet another failing – the predominant portions of the masses are unaware that these benefits even exist. Standards across the board are irregular, with the more enlightened employees of private companies being aware of rights that causal, ghost workers are not.  The former boast of relatively good offices and facilities, health care, and wages; all advantages not enjoyed by the latter who ironically, make up the greater percentage of labor.

Thus, the state of play is one of “all-encompassing torpor”; as desensitized workers, struggle to make ends meet within a regime that they have grown disenchanted with for neither apprising them of their rights, nor catering to their needs.

Proprietors of businesses assist this desensitization; operating from the blind when it comes to OSH standards, a duty of care and what recourse to the law existing statutory instruments proffer to employer and employee alike. Sometimes, these proprietors shirk their due diligence deliberately, keeping their staff members incognizant to avoid having to service liability in the event of “manifest negligence”. Other times, the modus operandi of many establishments is subpar relative to best practices, impeding access to state-funded coverage that workmen so desperately need. The more disgruntled among these, find their way to the courts.

At this juncture, it bears mentioning, that Acts of the National assembly are not Nigeria’s only source of law. Statutory instruments often find interpretation within precedential law. OSH matters of dispute make their way before the industrial court whose jurisdiction it is to adjudicate “trade disputes, labor practices, matters related to the Factories Act, Trade Disputes Act, Trade Unions Act, Workmen’s Compensations Act and appeals from the Industrial Arbitration Panel and all other employment matters.

Note: This report has three parts. If you missed the first part Click here to read. You can as well proceed to read the third & last part HERE.

Ohuntan Oluwatobi Oluwa is a Legal Counsel/Volunteer at the Legal Aid Clinic of  Occupational Health Safety Empowerment Centre (OHSEC) Nigeria– A unit of the NGO set up yo help Occupational Accident victims get redress.