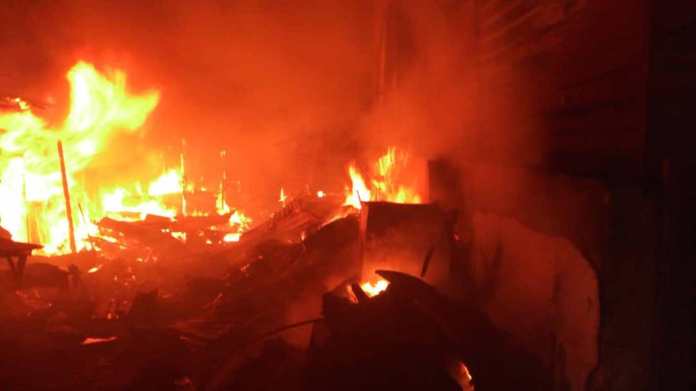 It’s eight days into the new year but the country has recorded 243 cases so far, the Ghana National Fire Service has disclosed.

According to the Assistant Station Officer at the Service, Michael Walter Okai, most of the these fire incidents happened during the festive period.

Speaking on Joy News’ on Tuesday, Mr Okai stated that the general public’s reluctance to adhere to safety measures provided by the service against fires has been a major challenge the Service has been battling with.

“We sometimes take safety as a nine-day wonder, meanwhile safety is supposed to be a culture: safety is a way of life, so we don’t practice it today and forget about it tomorrow,” he said.

He also cautioned the public against calling on the media instead of the fire service during fire outbreaks as he stated that reaching out to firemen in time could save matters.

“This morning I was on a sister station when these fires occurred. Instead of calling the fire service they called on the FM station. That was how the case was reported,” he said and further explained that such reports cause a lot of inconvenience for them as firemen.

He stated that the fires occurred between the period 24th December to 3rd January and covered reports from across the country.