Lagos State Chief driver slump and died while on duty

Lagos State Chief driver slump and died why on duty

A certain man with the name Bashiru Musibau Alani, who is a Lagos state civil servant was reported to have slumped and died at Oshodi inward Mushin along Agege Motor road. 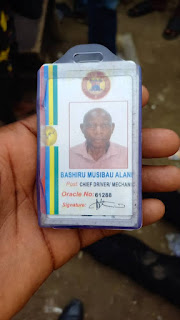 The man whose staff identity card revealed his name as, a Chief driver and mechanic with Lagos State Government wanted to buy something from a woman in Oshodi and fell uncontrollably,  during which he hit his head on the ground, and died instantly according to officer from  LASTMA department who witnessed the sad incident. 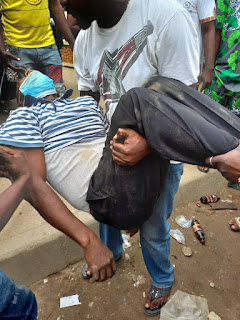 The LASTMA officers also made it known that they were able to reach his family through his phone by dialing some of his last dials and the family has come to pick his remains.