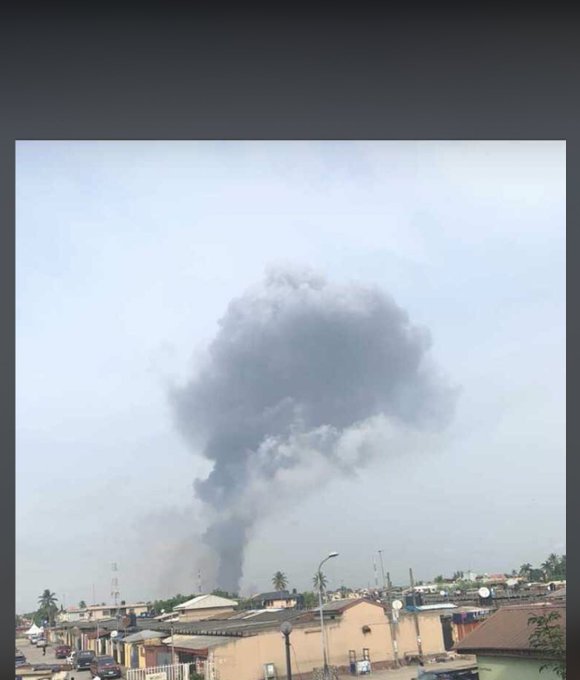 There was a mild drama in the early hours of Sunday as oil pipeline exploded in the Abule Ado area of Amuwo Odofin, Festac Lagos State.

According to an eyewitness, the explosion which occurred at Satellite Town resulted to building collapse.

According to reports, Abule ado in Amuwo-Odofin local government area, along Badagry/Mile 2 Expressway, Lagos, Nigeria’s commercial city, were affected by pipeline explosion which occurred at about 8:50 am.

HSENations learned that the explosion which occurred early hours of Sunday forced several residents and Christian worshipers who had gone to church in the area scamper for safety.

It was gathered that several houses were shaken by the explosion, which also made some collapse. Residents of Surulere, Amuwo Odofin, Oshodi, Ikeja, Alimosho and environs were thrown into confusion following the explosion.

According to The Nation newspaper, affected residents said the loud sound was as a result of a pipeline explosion at Satellite Town that caused some buildings to collapse at Abule Ado.

A resident just said they were in church when the first sound was heard, bringing down the ceiling. Another resident said a two-storey building nearby also collapsed, The Nation reports.

Rumours of an Earthquake like Pipe Explosion around Amuwo Odofin area in Festac & Surulere axis.