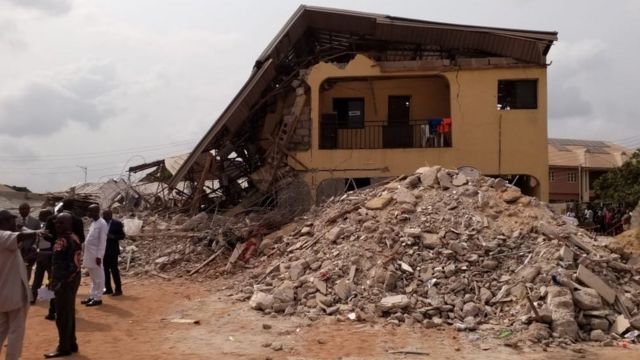 The Delta State Government has set up a panel of enquiry to determine the immediate and remote causes of the Salvation Ministry Church building collapse at Okpanam, Oshimili North Local Government Area of the state.

HSENations earlier reported, quoting the state police command, that three casualties and 11 hospitalisations were recorded in the incident that occurred on Tuesday.

Deputy Governor of the state, Deacon Kingsley Otuaro informed journalists of the constitution of the panel on Wednesday.

Otuaro spoke after visiting survivors being treated at the Asaba Specialist Hospital.

The deputy governor assured that the panel report would be made public.

He expressed gratitude to God that the incident was not worse, and noted that he would not speculate on the cause of the collapse.

However, Otuaro, who visited the scene of the incident, stated that “what I saw was almost a total collapse. We had many children upstairs when the building came down completely.”

He added, “We have consummated the setting up of a panel of enquiry to look into the immediate and remote cause of the collapse of the building.”