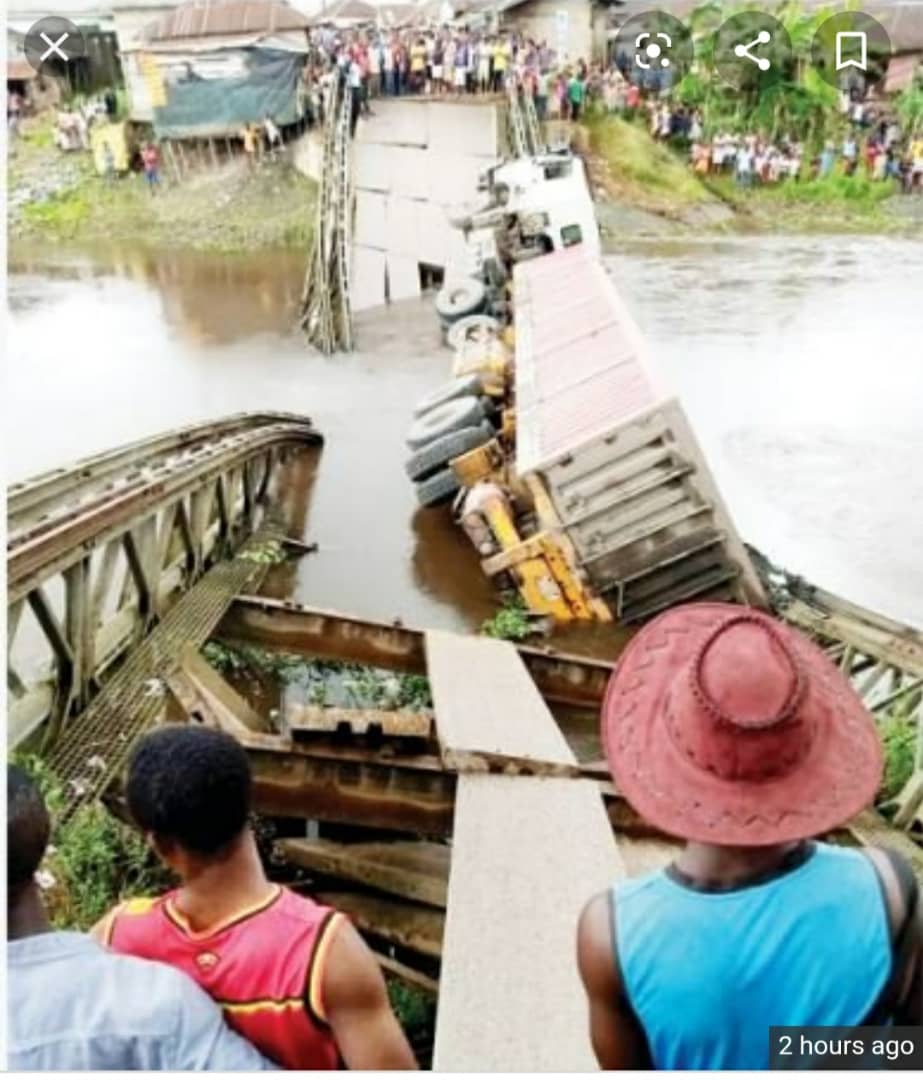 The Elebele bridge in Ogbia Local Government area of Bayelsa experienced a collapse on Thursday, cutting off movement of motorists.

HSENations learnt that the bridge collapsed under the heavy weight of two heavy-duty trucks that were conveying chippings to a building site in the area.

Although no life was lost, many travellers were said to have been after the bridge collapsed.

This online safety news platform that the bridge was first constructed in 1986 with wood and iron by the Shell Petroleum Development Company of Nigeria Limited. The bridge was said to have broken in 1989 and was not reconstructed till 1990 befote it collapsed again on Thursday
A chief of Elebele community Mr. John Jacobs, said, “This bridge is very important to us because this is the only road to and out of our community at short distance.