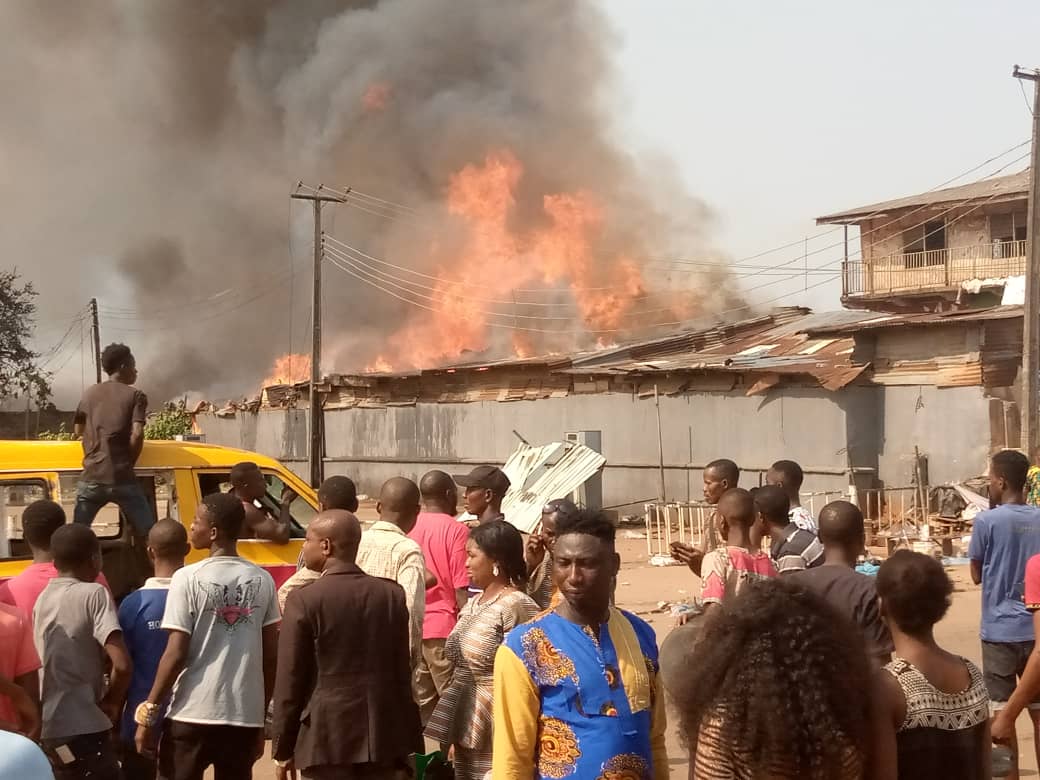 Popular Ekiosa market in Benin City, the Edo state capital is currently engulfed in fire as traders are scampering to salvage goods from shops within the burning market.

The cause of the fire is unknown, but angry youths in the area and traders who claimed to have lost goods revolted against the fire truck which they said arrived late after several calls.

Channels Television reports that the fire has spread to the Edo Development and Property Agency building.

Meanwhile, the commissioner of Police and some top government officials are trying to find the means of bringing the fire under control.

There are reports that the fire truck that came earlier, later left owing to the treatment it received from the angered youths.

But the University of Benin fire service truck has returned with some Army personnel to put out the fire.