Just In: Scores Feared Dead As Tanker Explodes In Onitsha 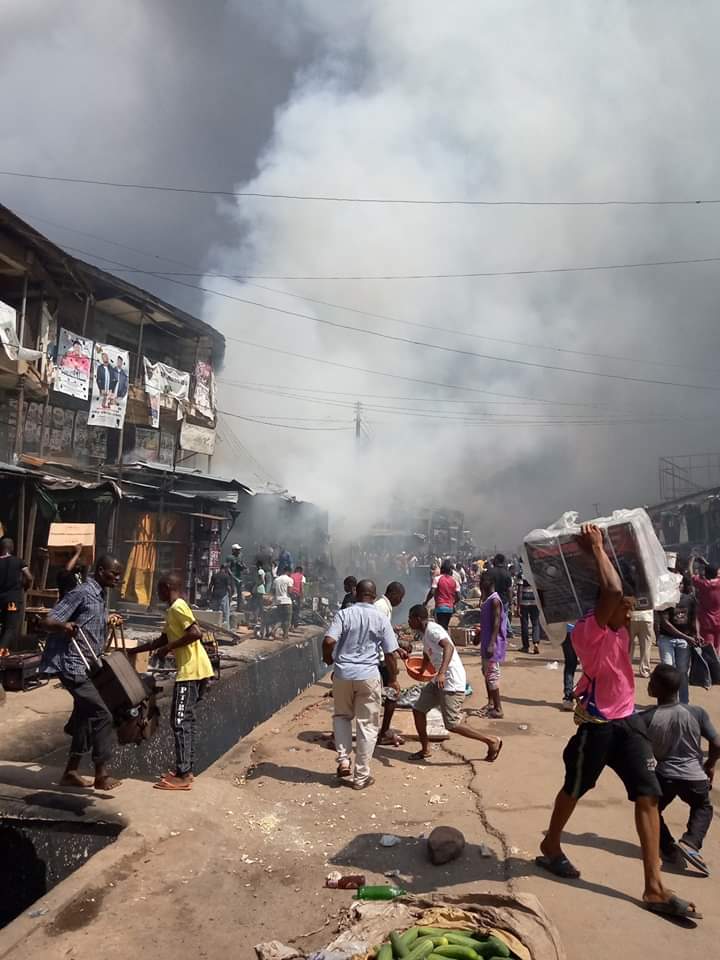 Scores are feared trapped in buildings in Onitsha; after a petrol laden tanker crashed into buildings, sparking a fire.

Many residents of Onitsha in Anambra state are “currently trapped” following a fire outbreak.

The fire was sparked by a petrol laden tanker, TheCable is reporting.

One witness told TheCable that the tanker lost control and exploded into balls of fire after ramming into buildings in the Upper Iweka axis of the city.

The incident has created chaos among residents and traders in the nearby Ochanga market, the report states

“Many buildings are on fire and the firefighters are nowhere to be found,” a resident told TheCable.

Videos of the incident currently making the rounds on social media show thick smoke billowing into the sky as vehicles are being consumed.

Information reaching me now has it that Onitsha market is on serious fire🔥🔥🔥 and no fire fighters for over 3 hours in Anambra. @BlackIgboLord @FBanks7 @AfamDeluxo @instablog9ja pic.twitter.com/OmCEGIMkkP

Stay safe out there 🙏 pic.twitter.com/srC8cyD8nZ