LASG Set Up Agency Over Gas Explosion In Ado-Soba, Abule-Ado

The Executive Governor of Lagos state Mr. Babajide Sanwo-Olu has set up a committee to investigate the Sunday gas explosion that occurred in Ado-Soba, Abule-Ado axis and come up with pragmatic actions to address the several challenges the explosion has produced.
Report reaching HSENations indicate that the committee was inaugurated when governor Sanwo-Olu paid a condolence visit to the site of the explosion in Ado-Soba, Abule-Ado area of Lagos state. Sanwo-Olu was received by the Executive Chairman, Amuwo-Odofin Local Government, Engr. Dr. Valentine Buraimoh. 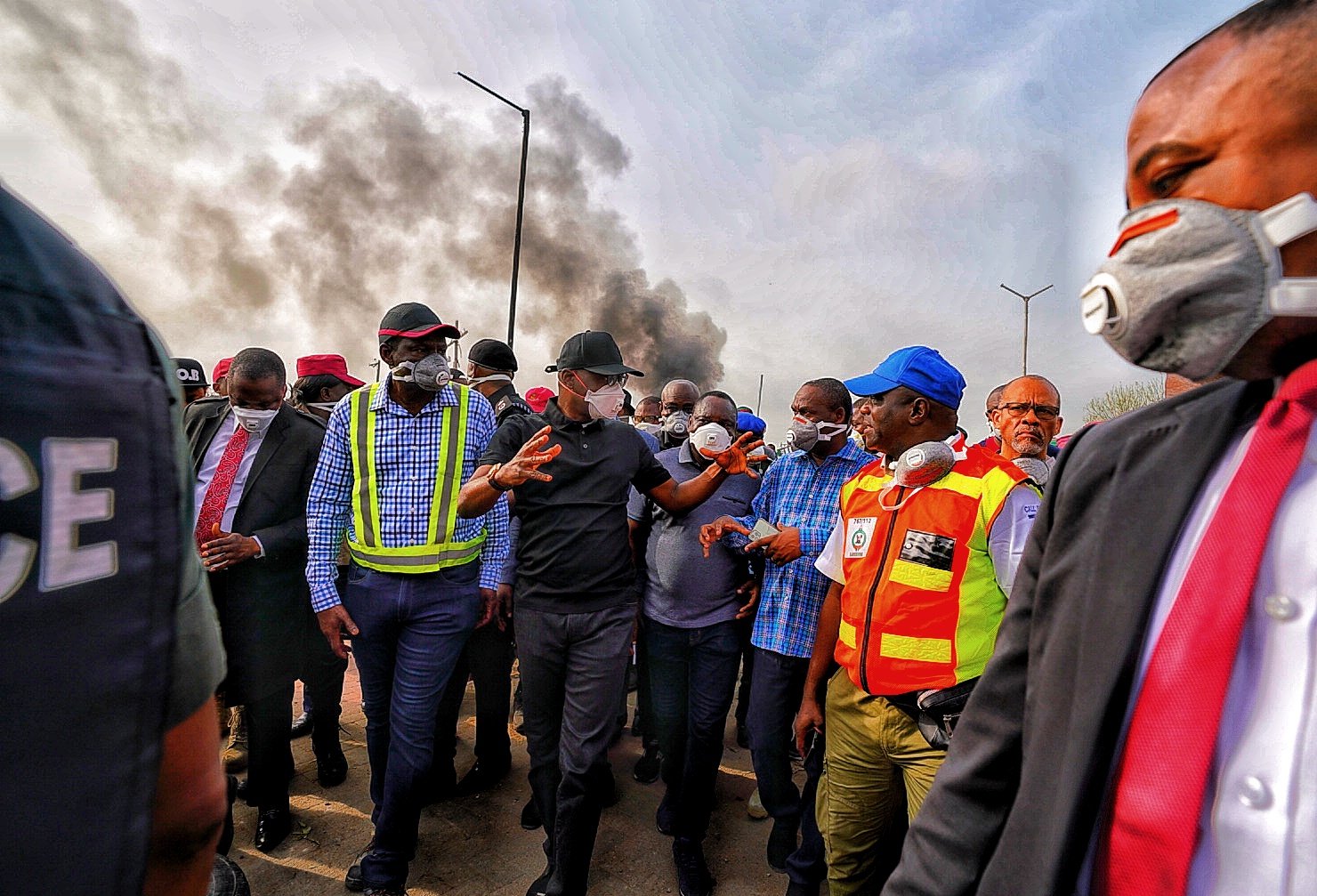 The committee headed by the Deputy Governor, Dr. Obafemi Hamzat comprises of Emergency agencies, security forces, representatives of the community and CDAs.
Also, the governor commissioned a two billion emergency fund.
The fund will be generated from the private sector, other state governors, philanthropist and the Federal government with an initial two hundred and fifty million take-off grant by the State Government.