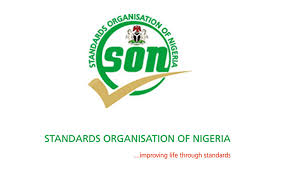 The Standards Organisation of Nigeria (SON) has announced the adoption of 10 American Petroleum Institute (API) standards for international best practices in Nigeria’s oil and gas sector.

The Director-General of SON, Mr. Osita Aboloma, disclosed this on Sunday in a statement released to the press.
According to Abaloma, the idea was created at a Joint Technical Committee meeting held with stakeholders in the oil and gas sector in Lagos.

Aboloma who was represented by the Director, Standards Development, Mrs. Chinyere Egwuonwu, explained that all the standards adopted were key to operations in the oil and gas sector.

He said the move was made to align with the best international practices in the oil and gas sector in Nigeria.

“Their third party accreditation which facilitates acceptance by international bodies has been a cornerstone in developing standards for the worldwide oil and natural gas industry.

“Special consideration should be on environmental factors, economic considerations, security of products, national interest and most of all, global best practices,” Aboloma said.