There Is More To Lagos Explosion, NNPC Lied– Fani-Kayode (Video) 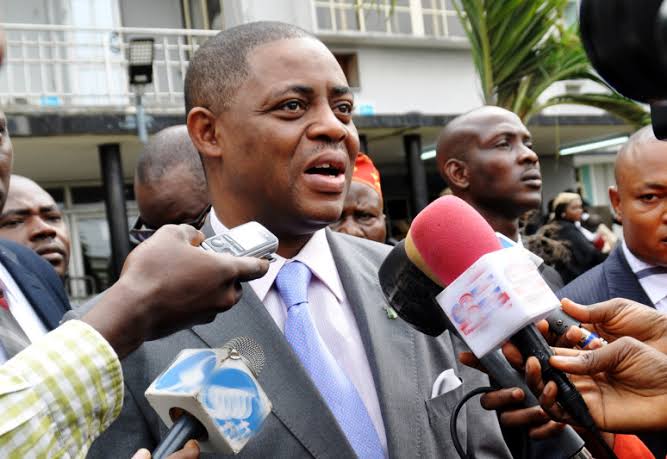 Former Minister of Aviation, Femi Fani-Kayode, on Monday, alleged that the truth concerning the Lagos pipeline explosion has been hidden, PM News reports.

According to NNPC, the explosion occurred around 9 a.m on Sunday after a truck hit some gas cylinders in a gas processing plant.

The gas plant was located near the Nigerian National Petroleum Corporation’s System 2B pipeline’s right of way.

It was also reported that no fewer than 17 persons have been confirmed dead and 25 others injured after the explosion rocked the Abule-Ado area, near the International Trade Fair Complex, Amuwo Odofin Local Government Area of Lagos.

More than 50 buildings in the area were affected by the explosion, as hundreds of residents were rendered homeless.

However, Fani-Kayode said the massive destruction witnessed in Abule Ado could not have been caused by the explosion of a gas pipeline as explained by the Nigerian National Petroleum Corporation(NNPC).

“What happened in Lagos yesterday was tragic. So much destruction &loss of life. Sad. They say it was caused by the explosion of a gas pipeline but I doubt that. Such massive &widespread destruction cannot be caused by a pipeline explosion. There is more to this than meets the eye,” Fani-Kayode tweeted.

HSENations got hold of a video going viral on social media on traces that might have led to the explosion.