Using Google Map While Driving Not An Offence, But Dangerous – FRSC 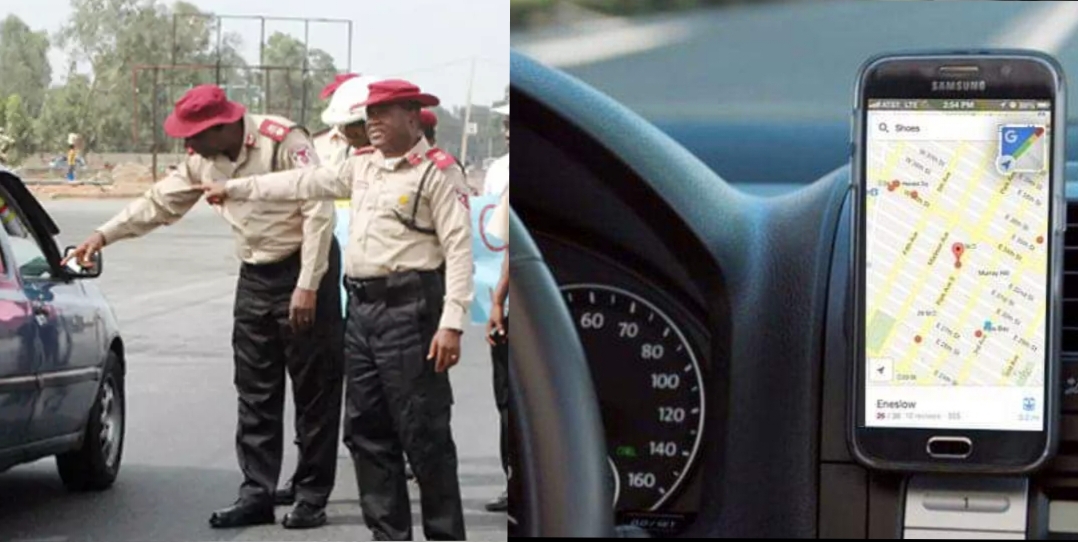 The Federal Road Safety Corps (FRSC) says driving with the aid of Google map is not an offence – contrary to a widely reported statement credited to one of its officers.

But it said deploying the app while driving is dangerous.

Bisi Kazeem, spokesman of the corps, said this in a statement issued on Thursday while reacting to a report by NAN which quoted Ayuba Gora, FRSC sector commander for the FCT, as saying the use of Google map while driving is outlawed.

He said though driving with the aid of Google map is not prohibited, deploying the app while a vehicle is in motion could cause accidents.

He said many road traffic accidents are a result of distraction caused by the use of mobile phones while driving.

“To state the obvious, we have always enlightened the public on the position of the law on use of phone while driving which the Sector Commander tried to emphasize during the flag off,” he said.

“The statement he made during the flag off buttresses the position of the Corps, which is that any driver who intends to deploy the use of Google map while driving must have it set on the phone before embarking on the journey, not while the vehicle is already in motion as this could be dangerous to the driver and other road users, and can lead to road traffic crash.

“We say this because, available records have shown that use of phone for whatever purpose; be it text, voice calls, chats, browsing, setting google map to find location etc while driving could be distractive and can easily lead to loss of concentration. This has led to many road traffic crashes with attendant loss of lives and properties.

“On the strength of this, the Federal Road Safety Corps wishes to reiterate its position on use of phone while driving as a dangerous and hazardous road traffic behaviour which has led to unwanted and avoidable road crashes.

“We therefore call on all motorists who intend to deploy the use of google map on their phone especially during the festive season when traffic density is high, to activate such before setting the vehicle in motion so as to ensure 100 percent concentration on the wheels.”