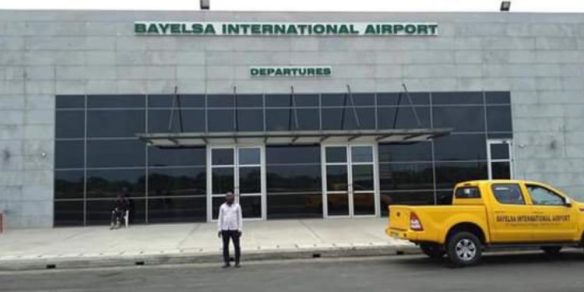 Despite the second inauguration of the Bayelsa Airport last week, the Nigerian Civil Aviation Authority says the airport has not met the safety requirements that will enable it to begin flight operations.

The General Manager, Public Relations, NCAA, Mr Sam Adurogboye, told The PUNCH on Monday that the regulatory agency was not yet satisfied with safety infrastructure of the airport.

According to him, the onus is on the owners of the airport to fix the safety issues pointed out by the NCAA and thereafter, invite the agency for verification and certification.

“If found to be okay, the airport will be cleared. For now, our position remains,” he said.

The NCAA had last year stated that the absence of adequate perimeter fencing had been preventing the regulatory authority from certifying the airport to begin flight operations.

The Director of Operations and Training, Capt. Abdullahi Sidi, who was then the acting Director-General of the NCAA, had noted that it was mandatory for every airport to have perimeter fencing.

He explained that it should be a solid wall with a buffer and sharp fence to stop unwanted movement into the airport environment.

According to him, the regulatory agency will issue the certificate for the commencement of flight operations as soon as the issue of perimeter fencing is resolved at the airport.

Sidi said perimeter fencing remained the number one requirement for any airport because of safety.

He said, “Someone said the government had done about 60 per cent of the perimeter fencing and said the other side of the airport was creek, but I say that is not acceptable to aviation industry.

The Bayelsa State Government had in February 2019, opened the over N60bn airport known as Bayelsa International Airport with an inaugural flight by the immediate past governor of the state, Seriake Dickson, from Abuja, followed by an Air Peace flight from Lagos.

Despite the inauguration, the airport has not been in operation.

Dickson last week inaugurated the airport for the second time.