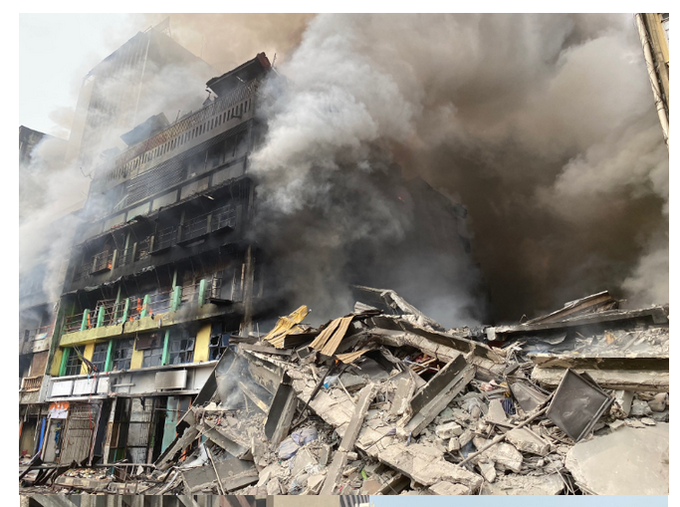 Preliminary investigation by Lagos state emergency management agency [LASEMA] revealed that the cause of the Balogun market inferno was an attempt by someone to refuel a generator.

The General Manager of LASEMA, Femi Osanyintolu made the revelation to newsmen, adding that no casualty was recorded in the incident.

Recall a fire outbreak had earlier occurred two months ago on the same street.

This is a similar cause of the inferno. LASEMA also confirmed to HSENations that seven buildings were affected by the fire, out of which two collapsed.