Personal Safety: 10 Most Dangerous Bus Stops You Must Avoid In Lagos 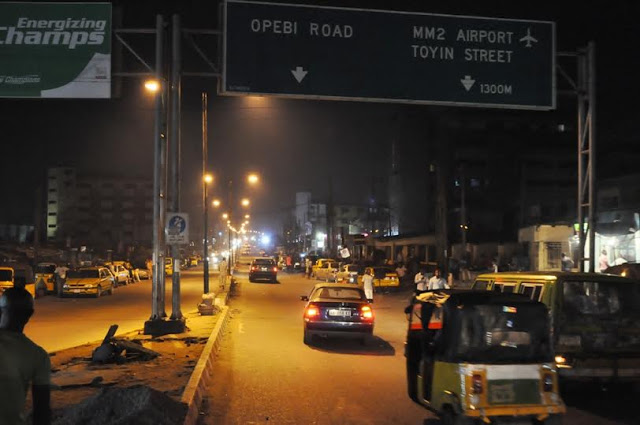 Lagos in recent times has become much safer than it was some years ago when cases of robberies, car high jacking and smuggling are carried out even in broad day light. However, in spite of the improved security apparatus put by the government, some areas are still considered dangerous.

As a resident or visitor, you do not want to find yourself in these bus stations at night or early in the morning.

Below are the bus-stops that pose danger at night:

1. Agege Pen Cinema: If you find yourself at Pen Cinema at night or early in the morning from 5am, You should be very watchful. The Security challenges in this area is caused by some group of boys called *”Awawa Boys”* most of which ages are from 16years. These boys are not smiling, they will slap, break bottles on someone’s head and if anyone proved stubborn, they may even kill their victim after collecting in the person’s possession.
They rob with dangerous weapons and may also gang-rape. So be careful here.

2. Ikotun/Igando Bus Stops: If you find yourself either at Ikotun bus-stop or any bus stop from Ikotun to Igando. You may find yourself in a dangerous situation. There also some group of dangerous boys called *”No Salary Boys”.* These boys also operate in the afternoon, there main job is to rob the passerby with dangerous weapons.

3. Boundary Bus stop in Ajegunle: This is also among the bus-stops you should not spend more time in. They are boys Popularly referred to as the ‘one million boys’ who attack passengers in vehicles.

4. Abule Egba Traffic Light: This bus-stop is noted for violent mugging and dangerous street urchin who can forcefully take your belongings and even harm you.

5. Berger bus stop (along OPIC–Ibadan Expressway): Criminals attack victims with guns
on the long bridge and in traffic jams.

8. Abule Egba Traffic Light: This bus stop is noted for violent mugging and dangerous street urchin who can forcefully take your belongings and even harm you.

9. Bolade Bus stop Oshodi: Bolade bus stop, once noted for chaos has improved since the face-lift by Lagos State government. But during rush hours and late nights, mugging is common.

10. Ajah Bus Stop: Sporadic clashes often breaks among rival street urchins loyal to a ‘certain chief’ and over collection of toll from commercial bus drivers. Women are alleged to have been raped at night during such clashes.

In tackling the security challenges in Lagos State, the government cannot do it alone, residents themselves have to be safety and be security conscious.